When you bear the oaths I do, you should probably not go to a Halloween party in a pirate costume with an eyepatch.  There is a certain one eyed fellow who has a standing agreement that when I don the patch he is free to look out through the eye that is not.  On the other hand, he sees things I don’t, and probably should, and he saw her.

Ah, such a sight.  The her I speak of is a woman of some standing in the local Pagan community, a witch whom the term wise woman may well have been coined for, and one whom my own gods know well, and indeed her path has carried her deep into my own sphere as her ancestral guide leads her back to the practice that my own teacher and fellow students (aka “the Odin kids”) would find familiar.  Her hair was the iron of raven black and ash grey normally, although as the mood or trickster would inspire her it was as likely to be coloured in the bright anime greens or blues of her whim.

Life has been uncommonly hard to many in my circle of friends.  Struggles with health, wealth, and loss are all too commonly heard, and indeed my friend was far from an exception.  Her personal struggles are ones that are not of her making, but they are hers to face; and face them she is.

Real nakedness has nothing to do with nudity.  I did not seek to see her as I did, I would not have intruded without invitation past the social seemings we all use to mask ourselves, but the gods work in their own ways, and when I make a mistake that Him to see something as powerful and profound as seeing my friend stripped of masks and shadows, I do wonder if the Wise Counsellor is cheating and showing me something I should have seen on my own and was being too slow to pick up on my own.  The Hanged one has many virtues, but his patience is servant to his strategy, and seldom awaits mortal dimness when there is work to do.

How to describe what I saw?  She was drawn tight like a bow about to release, a hair’s breadth from breaking, yet potent with power that promised swift end to whatever she released that power at.  There were shadows clinging to her, exhaustion, pain, fear, despair.  There was much less of her than before, much of the peace had been stripped from her, much of the comfort, much of the gentleness.

What was left?  What was revealed when the storm had stripped so much away?  Joy.  The thing I thought to see stripped from her by pain, fear, and despair was not gone, but defiant as a candle flame guttering in the wind, whipped and dancing, but undaunted, undimmed, and defiant against both storm and darkness.  Strength of a quiet and supple nature, like the roots of a tree, or the iron heart of a sword that will bend under blows but not break, and always stand unbent when the blow of storm or blade abates.  Care, and even love flowed from her.  In the heart of a struggle where her own survival is far from assured, her care was still for others, and the carefully husbanded strength from her struggle is spent like a miser to care for those she deems require it, not those who ask or even know they could.

I am sworn to the Battle-Glad, the Hanged One, the High One; him called Victory Father, yet also the Feeder of Ravens, and peace I seek for others, not a thing I will ever rest comfortably in.  I would not wish strife or suffering on anyone that I cared about, yet like any of His I am drawn to the struggle and the storm, drawn to witness those who face the harshest tests; for only when you stand upon the brink will you know what you are capable of, only under the harshest blow can you know the strength of your steel.  I see her standing upon the brink, soft sad smile upon her face, half in shadow, half lit by the fires of a hearth made bright by a hospitality she will not stint even on the edge of losing all.

Oh how I understand.  Wassail hard in the heart of the dark, when you have almost nothing you open your home and share what you have with those who you care for, as what is yours in life will either be given to friends whom you would brighten and strengthen, or picked over by enemies who loot your corpse.  When you stand upon the brink, you do your dishes, and pay your bills because the fear that you could lose it all tonight cowers before the will to plan for tomorrow and next week.

When you stand cold and bare before the harsh lash of the storm, you dance.  When you cannot stand against the fury, spread your arms and dance.  Whirl in the storm winds, let laughter answer their howl, let your joy feed of its rage, let it tear at you until nothing is left but the steel of your soul, the fire of your love, and the ice of your will. 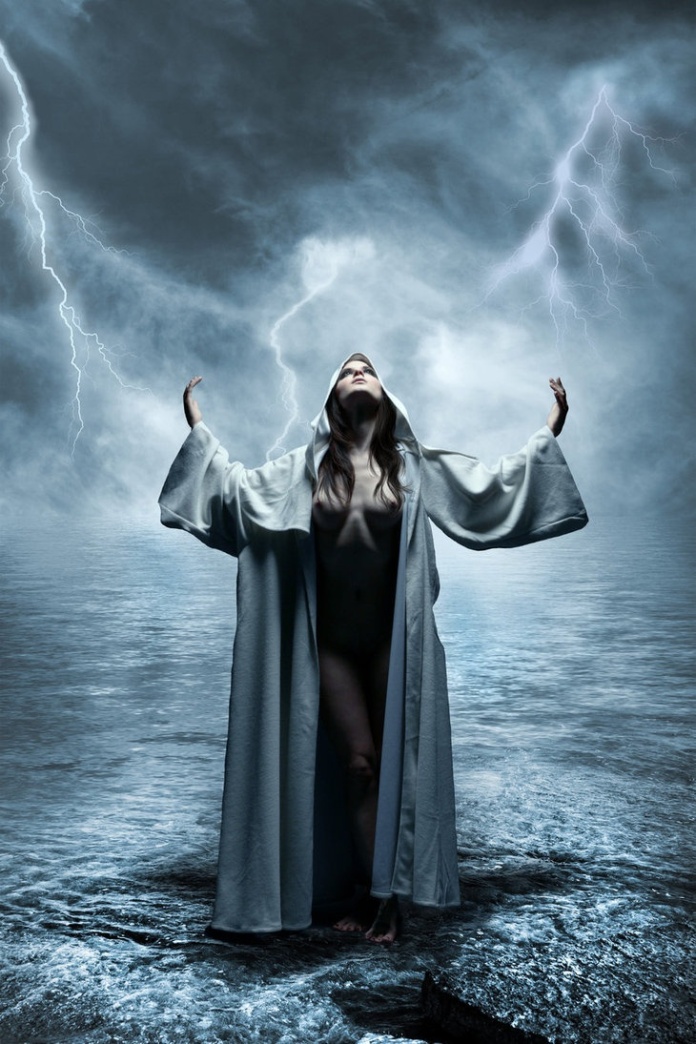 She was dancing.  She gave herself to the storm, gave herself to the struggle and stood naked in her perfection.  I would not have chosen to strip away her masks, but could not look away as He looked at her through they eye I covered.  The gods do not love us for winning or losing, for our goals are not theirs, they love us for how we face our struggles, for how we stand against the storm

She does not stand against it, she dances it.  She does not let her blood fall upon the stones but paints it upon them, binding them to her will and work.  I cannot see if she will succeed or fail for while He looks out through my eyes I cannot look out through his.  I can see her as He does though, crowned in glory, naked in the storm, dancing on the edge of the abyss, moonlight and shadow more beautiful than any flower.

We, each of us, have our struggles in life; our challenges, our duties.  We judge ourselves by how and if we meet these challenges, by our victories or our defeats.  We do not measure ourselves by how we face the storm, nor by who choses to face it at our side, or who we have protected from its lash.  It is odd that we judge ourselves mostly by those things we have no control over, and frequently little influence over, and not by those things that represent our choices.

If you could see, as I was gifted a glimpse, of how He sees us, you might not be so quick to despair when you fail, might carry more strength to your next challenge if you let go your guilt from enjoying the battle, even when you hate its necessity.  You shine in the eyes of your gods and ancestors when you face your challenges with courage, wit, will, and passion.  Rage, joy, defiance, or simple determination; the passion you give to your challenge shines in the eyes of those who watch.  Give yourself fully to your struggle, and worry less about the results.  You may be the only one who judges yourself by them. 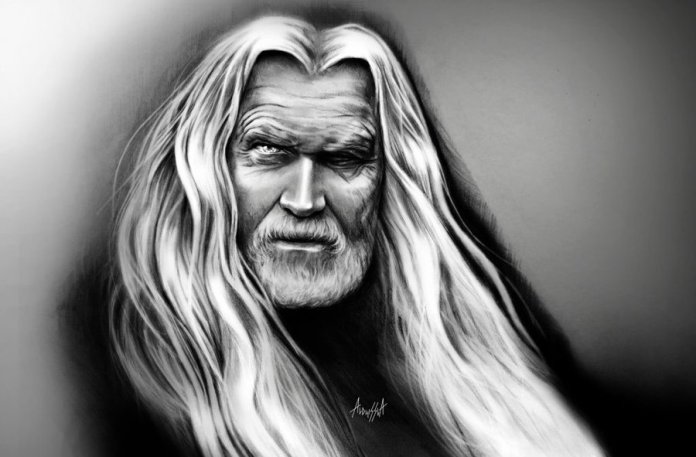 One thought on “Perfected by Strife”